Post-Brexit uncertainty could cause ‘surge’ in migration, committee says 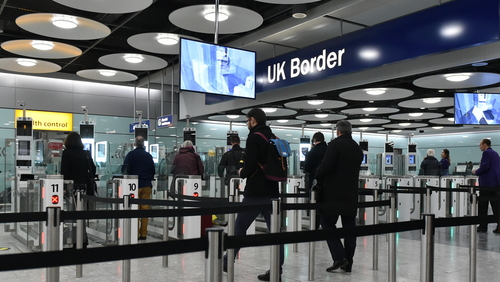 A lack of certainty over immigration rules in the wake of Brexit vote could cause ‘surge’ in migration, select committee warns.

The Home Affairs Committee has published a report urging immigration directorates to be prepared for an increase in migration as EU nationals, concerned about future laws restricting access to the UK, may apply for entry before Brexit negotiations are finalised.

The committee also warns politicians against the temptation to use EU citizens resident in the UK and Brits living and working in Europe as ‘bargaining chips’.

The Government, the committee's report said, must move quickly to establish certainty over their status and the new rules on free movement.

‘The biggest issue relating to Brexit is migration,’ said the chair of the committee, the Rt Hon Keith Vaz MP.

‘There is a clear lack of certainty in the government’s approach to the position of EU migrants resident in the UK and British citizens living in the EU. Neither should be used as pawns in a complicated chess game which has not even begun.

‘We have offered three suggested cut off dates, and unless the government makes a decision, the prospect of a 'surge' in immigration will increase. Multiple voices and opinions from government ministers causes uncertainty, and must stop.’