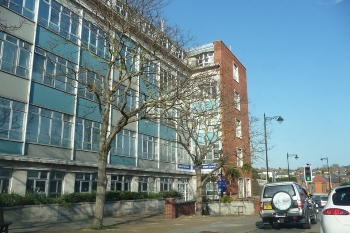 Isle of Wight Council has been criticised for failing to properly investigate a mother’s complaint about the way it removed her disabled son’s personal budget.

The mother complained to the council after they stopped the money she received as a personal budget for her son, who has complex needs, because it said she was not spending the money in line with their agreement.

The council was asked four times by the mother to escalate her complaint to Stage 2 of the three-stage statutory children’s complaints procedure. However, the local authority treated each complaint as a new issue.

The mother sought help from a solicitor to try to get the council to escalate her complaint. The council then told her she needed to meet certain criteria before it would be progressed.

The Local Government and Social Care Ombudsman’s investigation found the council did not follow procedures set out in law for dealing with complaints about children’s services. By the time the Ombudsman became involved the council had delayed the woman’s complaint by more than a year.

As part of the investigation, it became apparent other people on the island had also not had their complaints properly considered through the statutory process.

‘Statutory guidance says councils must progress complaints through all three stages of the children’s complaints procedure if that is what the person wants,’ said Michael King, the Local Government and Social Care Ombudsman.

‘By putting barriers and conditions on the mother’s complaint and insisting she was making new complaints even when they covered the same issues, the council was, in effect, gatekeeping and preventing her from accessing her statutory rights.

‘I am pleased the council has accepted my recommendations and hope the training and procedural changes it has agreed to make will ensure other complaints are handled properly in future.

‘I will be issuing new guidance to local authorities shortly to clarify how I expect them to tackle children’s complaints.’

An Isle of Wight Council spokesperson said: ‘We are aware a Public Interest Report has been published by the Local Government and Social Care Ombudsman (LGSCO) today, which will be considered in private by the cabinet this evening.

‘Until formally published by the LGSCO and considered by cabinet, it is not possible to discuss, nor issue a response.’