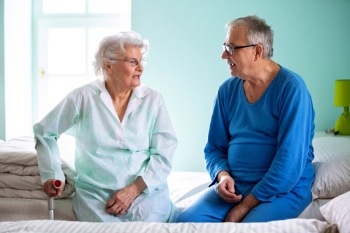 The number of care homes across England has fallen by 1,700 over the last six years, the Liberal Democrats have warned.

The data, acquired by the Liberal Democrats from the House of Commons Library, also shows that while the average number of beds per care home rose from 27 to 30 during that time, 5,110 beds have been lost overall. Some areas have lost 40% of care home beds.

Liberal Democrat Leader Ed Davey said: ‘Our social care system has never been in such a dire state, with the provision of services simply not sufficient to meet demand.

‘That there is a postcode lottery on whether our loved ones will have a care home bed is shameful and a damning indictment of a Conservative Government that has spent years dragging its feet on this issue.’

Caroline Abrahams, charity director of Age UK, described the figures as ‘startling but not altogether surprising.’

‘There is nothing like enough money within social care: the Government squeezes councils, which in turn squeeze care providers, with the result that some complain they are being forced to operate at a loss,’ she said.

‘This chronic underfunding by successive governments is at the root of most of the problems we see in care today.’