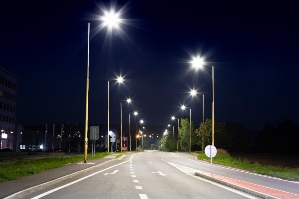 Telensa has been confirmed, for the third year in a row, as the world’s leading provider of smart streetlighting by independent analyst company, Northeast Group. The 6th edition of Global Smart Street Lighting & Smart Cities: Market Forecast (2020-2029) has become the industry standard for independent research into the streetlighting market and gives Telensa the leading market share of 18%.

The world’s #1 connected streetlight platform is Telensa PLANet®, which consists of wireless control nodes (telecells); a dedicated Low Power Wide Area (LPWA) wireless network and a Central Management System (CMS). According to the report, such CMS functionality will become increasingly important as the trend towards interoperability deepens across the industry. At the forefront of this shift is the ‘TALQ2’ interface which helps to standardise interoperability and enable integration to other third-party asset management, metering & billing systems. Telensa, which is one of the major contributors to the standard, became TALQ2 compliant earlier in 2020 confirming that its CMS is built on openness and in line with a globally accepted smart city protocol that avoids lock-in to proprietary systems.

“We are immensely proud that Northeast Group has once again named Telensa as the global market leader in connected street lighting” said Brent Hudson, CEO, Telensa. “Cities and utilities are expected to network 71 million streetlights over the next 10 years as they look to smart infrastructure to reduce costs, improve sustainability and provide better services to residents. PLANet adds value by enabling whole populations of streetlights to be managed individually, entirely from the desktop.”

Global growth in the market is set to accelerate. Since the last study, Telensa has deployed its 2 millionth control node adding to previous projects in New Zealand, Australia, Malaysia, the Middle East, continental Europe, Brazil, the USA and Canada. Telensa products are installed on one in seven of the UK’s streetlights and in the State of Georgia, USA, Telensa has one of the worlds’ largest smart street lighting deployments across the state: more than 300,000 in a single system.

In keeping with the findings in the report, the world’s #1 smart streetlight provider has also seen recent growth in tenders across Central Europe, Latin America and the Middle East. Whilst the subtleties of each market vary by region, in all cases, countries are looking to save costs and improve public safety through smart street lighting whilst laying the foundations for smart cities.

Northeast Group forecasts that annual investment in LED and smart street lighting will reach $3.4 billion per year in 2029 and that due to the efficiencies of deploying LED luminaires and controls at the same time, smart streetlight deployments are expected to continue to grow hand in hand with the LED market.

“Cities recognise the possibility for smart city investments to open up new opportunities beyond the simple business case and for early investments to reap long term effects" said Chris Testa, research director at Northeast Group. “Street lighting is still the only smart cities market that is scaling and cities are increasingly looking to use lighting as their gateway to additional smart city infrastructure.”

The excerpt is available from Telensa.com