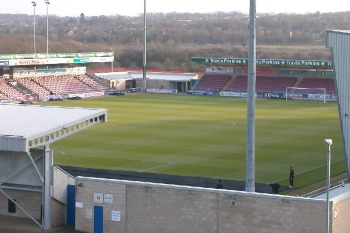 ‘Significant failures of corporate governance’ at Northampton BC may have been unlawful, an auditor has found in a public interest report.

The council agreed in 2013 to provide a loan to Northampton Town FC to overhaul its stadium at Sixfields and to buy nearby land in a joint venture with a third party to develop the site.

However, loan payments ceased in 2015, with £10.2m outstanding, after the club failed to pay building contractors, with administration or liquidation looming.

External auditor KPMG concluded in a public interest report that senior officers may have acted unlawfully.

It found loans to the club were authorised by officers in excess of the £12m agreed by members, although the amount handed over totalled £10.25m.

In addition, the use of delegated powers did not meet attached conditions to protect the council financially.

A spokesperson for the council said that many of the report’s recommendations have already been addressed, and its policies and processes are 'as robust as possible'.