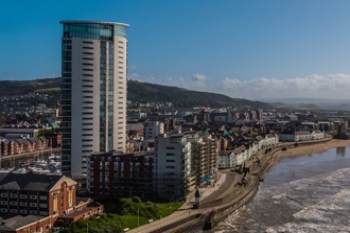 Led by Neath Port Talbot Council with Swansea University and University of South Wales as delivery partners, this programme aims to support the creation and safeguarding of 1,320 jobs in the green economy through seven interlinked projects.

‘When I visited in July I was hugely impressed with the projects that are driving the move to a low carbon, modern economy in Wales, fit for the 21st century. I’m delighted that the UK Government’s investment will support this growth.’

Chair of the Swansea Bay City Deal Joint Committee, Cllr Rob Stewart commented: ‘I very much welcome the approval of this programme which means we now have more projects and programmes approved, and either in delivery or ready for delivery than any other city or growth deal in Wales. I want to pay tribute to the excellent work being done to ensure we deliver the city deal for South West Wales.’

The Swansea Bay City Deal is an investment of up to £1.3bn in a portfolio of nine major programmes and projects across the Swansea Bay City Region, which are together worth over £1.8bn and 9,000 jobs to the region’s economy in coming years.