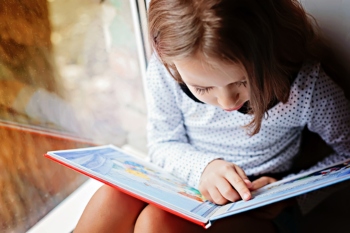 Around 450 primary schools’ worth of homeless children are spending lockdown in temporary accommodation amid a chronic shortage of affordable housing, council chiefs have warned.

The latest figures for England show there are 127,240 children living in temporary accommodation, including 1,440 households with children in bed and breakfasts.

The Local Government Association (LGA) said the number of children having to spend the latest national lockdown in temporary accommodation reinforces the urgent need for the Government to ensure building of more affordable homes to rent.

The LGA has published a six-point plan of action – announced today – that it argues the Government should follow to ensure homelessness does not increase over the new few weeks. They argue that councils should be granted more powers to acquire empty homes, including making it easier to use Compulsory Purchase Order powers to buy properties and help move households on from temporary accommodation.

The LGA also called for improved protection through the welfare system, including keeping the £20 per week increase in Universal Credit and maintaining Local Housing Allowance rates at the lowest third of market rents. Both of these measures are due to be removed in April.

‘Living in temporary accommodation is disruptive and challenging for children and their families in normal times. These pressures will be being compounded by going into another lockdown, and on top of that some are unable to attend school,’ said the LGA housing spokesperson Cllr David Renard.

‘Our six-point plan would give councils a better chance of being able to move homeless children into permanent accommodation and also minimise the risk of other households becoming homeless as a result of the pandemic.’

The LGA called for an immediate review of the impact of the overall benefits cap in the context of the pandemic as part of their six-point plan, and called on the Government to ensure councils had enough resources to support households at risk of homelessness.

They also urged the Government to set out plans to deliver a step-change in social housing that would deliver 100,000 social homes for rent every year.

The final part of the LGA’s six-point plan was a pledge from the Government to end ‘no fault evictions’, which will prevent more households from becoming homeless once the current stay on bailiff proceedings is lifted.