Mental health problems force 300,000 people out of work each year 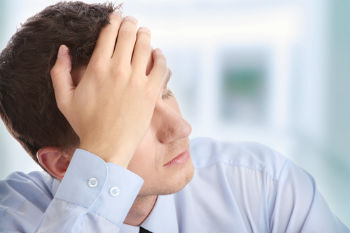 An independent review into workplace mental health, commissioned by the Prime Minister in January and led by Dennis Stevenson and Paul Farmer, today published its findings.

Thriving at Work, drawing on statistics from the Department of Work and Pensions (DWP), found that 300,000 people with long-term mental health problems lose their jobs each year.

It also commissioned an analysis by Deloitte that revealed poor mental health costs employers up to £42bn a year, with an annual cost to the UK economy of up to £99bn.

Mr Stevenson and Mr Farmer called on employers in both the public and private sector to adopt six ‘mental health core standards’ to support those dealing with mental health issues in the workplace.

‘We found that in many workplaces, mental health is still a taboo subject and that opportunities are missed to prevent poor mental health and ensure employees who may be struggling get the support they need,’ the chief executive of the mental health charity Mind.

‘In many instances employers simply don’t understand the crucial role they can play, or know where to go for advice and support.

‘The human cost of failing to address mental health in the workplace is clear. Workplace mental health should be a priority for organisations across the UK.

‘Every employer in the UK has a responsibility to support employees with mental health problems and promote the mental wellbeing of their entire workforce.’