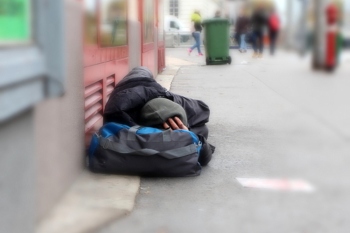 A lack of affordable housing is forcing local authorities to leave people homeless, a homelessness charity has warned.

New research by Crisis has revealed that nearly four in 10 (38%) people who approached their council for help since the Homelessness Reduction Act (HRA) was introduced either remained homeless or became homeless because of a lack of affordable housing.

The charity found that more people today are getting access to the housing support they need, but warned that a dwindling housing supply and rising rents means councils have little to no housing available for more and more people.

The report, based on 984 surveys and 89 in-depth interviews with people experiencing homelessness, found that the only support councils were able to offer some of the interviewees was information on how to rent privately.

Several of those surveyed stated that this simply consisted of a list of potential landlords for them to contact, only to find they were unable to access these properties because their housing benefit would not cover the rent.

Crisis called on the Government to urgently invest in housing benefit so that it covers the cheapest third of rents and commit to building 90,000 social homes each year for the next 15 years.

‘It's deeply distressing that, across England, councils are being forced to leave the people they are trying to help on the streets or drifting from sofa to sofa - all because they cannot find somewhere safe and affordable for them to live,’ said Crisis chief executive, Jon Sparkes.

‘The HRA has made some good progress in preventing people from becoming homeless, but it’s worrying to see that it’s being constrained by a chronic lack of housing and cuts to housing benefit.

‘The HRA can be at the heart of ending homelessness for good, as this report shows, but this is only possible if councils are properly resourced and have the tools, they need to help people leave homelessness behind for good.

‘It’s vital that the Government gets to grips with the root causes pushing people into homelessness in the first place, this means ensuring more social homes are built across the country and that housing benefit is restored to truly cover the cost of rent. Only when these measures are in place will we be able to unleash the full potential of the HRA.’