Jenrick steps in at 'dysfunctional' Liverpool 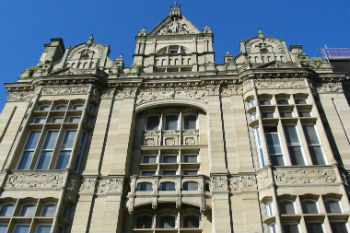 Commissioners will be sent in to Liverpool City Council after an independent inquiry found serious mismanagement and a dysfunctional culture, communities secretary Robert Jenrick has told Parliament.

The secretary of state vowed to mend the 'rotten culture’ but he stopped short of a full takeover of the authority for now.

Mr Jenrick claimed a report on the council ‘paints a deeply concerning picture of mismanagement, the breakdown of scrutiny and accountability, a dysfunctional culture, putting the spending of public funds at risk and undermining the city’s economic development’.

Local government heavyweight Max Caller was called in to review the authority in December after the city’s mayor, Joe Anderson was arrested in a corruption probe that also saw regeneration chief Nick Kavanagh arrested. Mr Kavanagh has since been dismissed.

Mr Jenrick told Parliament that the report found multiple failures, particularly in the planning, regeneration. He claimed the highways department had a lack of oversight, ‘including dysfunctional management practices, no coherent business plan and the awarding of dubious contracts’, and ‘an overall atmosphere of intimidation’.

The secretary of state told parliament: ‘The report is unequivocal – that Liverpool city council has failed in numerous respects to comply with its best value duty. It concludes that the council consistently failed to meet its statutory and managerial duties and the persistent culture seemed to be one of rule avoidance.’

However, he paid tribute to the current chief executive, Tony Reeves, and statutory officers who have taken steps to turn the culture of the failing authority around.

Mr Jenrick has written to the council with a proposed intervention package which would see the commissioners put in place to ‘exercise certain and limited functions of the council’ for the next three years.

Under the plan – which Liverpool will have until after the local elections to respond to – the council would have to review its officer structure and constitution, and come up with a strategy to manage its highways function and subsidiary companies.

Commissioners would oversee all property transactions and the hiring and firing of all statutory officers. I the council failed to satisfy the commissioners of improvements, they would also take over all executive functions of regeneration, highways and property management.

The communities secretary also vowed to move Liverpool to all out elections from 2023, to move a single member ward system and to cut the number of councillors at the authority.

Mr Jenrick’s intervention was supported by shadow communities secretary Steve Reed. He told parliament: ‘This is not, as some would put it, a tory takeover. It is about the government appointing independent people of the highest professional standing to help the council improve as quickly as possible.’

In a joint statement after the announcement, acting Mayor, Cllr Wendy Simon and chief executive Tony Reeves, said: it was a 'difficult day' for the council.

'The inspector’s report has highlighted several failings, but there is a collective commitment from both councillors and officers to learn from these mistakes.

'We would like to reassure all residents and businesses that we will take action to address all of the issues highlighted. We know we need to rebuild your trust,' they said. They said the council had begun a recovery plan, including a restructure of the organisation.

The Ministry of Housing, Communities and Local Government has written to Tony Reeves to outline the proposals.