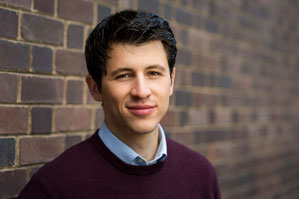 Intratone, one of Europe’s largest access control specialists, has appointed Victor D’Allancé as its new UK Country Manager to spearhead the company’s continued growth with the aim of becoming a market leader within four years.

Previously Victor headed up the UK subsidiary of Devialet, a technology startup manufacturing high-end speakers, for three years. Before that, he spent four years in the investment banking division of BNP Paribas in Moscow and London.

Victor has been instrumental in setting up the UK office in Chiswick, which will be officially opened during a launch party on 17th October. He has also been recruiting for the sales, finance and marketing teams to ensure the UK subsidiary is fully functioning.

“We have huge ambitions for the UK market – we want to be a market leader within four years as the company is in France,” he says. “Now that the team is nearly complete we are building an exclusive network of partner installers and distributors throughout the UK.”

Cogelec, the parent company in France was established 20 years ago and is now market leader in the country. Following its IPO on the Euronext in July 2018 and the launch of the UK, German and Dutch subsidiaries, the group aims at becoming a market leader across the whole of Europe.

“Some 95% of intercoms in the UK are wired systems which are expensive to install and maintain. Our GSM-based intercoms are between five to ten times cheaper than our competitors,” Victor adds.

“Our approach is an innovation that some are not aware of yet. The market has responded very well to it so far. We look forward to a brilliant future in a fascinating market – we are in the UK for the long-term.”