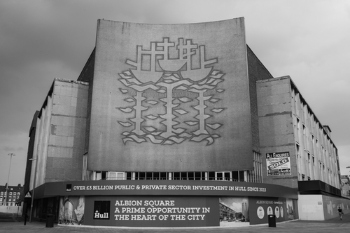 Demolition of the site on Albion Square in Hull’s city centre will begin in early 2022 with construction starting in 2023.

The development will feature a mixture of residential, office and retail space, as well as a large urban park. It will also include solar panels, EV charging points and a bike hub.

Hull’s iconic Three Ships Mural will remain and be incorporated into the new development.

Cllr Daren Hale, leader of Hull City Council, said: ‘Albion Square is a key component in the city’s regeneration. The large Albion Square site is an important and prominent location in our city centre, so it’s vital that we see it regenerated.

‘This investment is not only crucial to the future success and prosperity of our city, but it’s also the only viable option for the site. In its current, undeveloped state, the site requires continuous and significant costs in order to keep it safe, and is also an obvious eyesore in what should be one of the most historic and impressive parts of our city.

‘The only option, and the best option for Hull, is to regenerate the area.’