How digitalisation is transforming Belfast into a leading economy 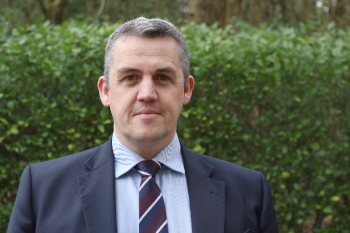 Since the Industrial Revolution, Belfast has been a beacon for innovation. During the nineteenth and early twentieth century, no city in the world produced more ships, linen, ropes or tea than Belfast - making it one of the jewels in the Commonwealth’s crown.

Today, the city is committed to building on its trading heritage and using technology to re-establish itself as a hub for commerce, creativity and culture.

In 2015, Belfast City Council launched the Belfast Agenda, a public consultation aimed at setting out the city’s long-term ambitions. Canvassing the opinions of more than 200 local organisations and 2,000 residents, it provides the blueprint for unlocking Belfast’s future potential - from building a first-class digital economy, to establishing a vibrant tourism industry.

The Northern Ireland public sector has invested to modernise its processes over recent years, embracing the many and varied benefits that digital transformation can bring. Technological investment sits at the heart of the region’s ambitions, and civic leaders should be commended for the giant leaps they have taken to enable change.

For example, Belfast’s strategic approach to boosting connectivity, including the roll-out of ultrafast services, is having a positive impact on the local economy. Rootmetrics recently crowned Belfast the best city in the UK for mobile connectivity, outranking the likes of London, Birmingham and Edinburgh.

With the city now attracting some of the brightest tech minds in the country, the digital industry is contributing its weight in gold to the local economy.

The roll-out of ultrafast broadband services in Belfast has allowed small businesses to expand at a much quicker rate than previous years, energising the region’s start-ups. As well as enabling small businesses to thrive, the future-proof digital infrastructure also acts as a draw for multinationals that increasingly view connectivity as a key factor when deciding office locations. For example, French technology company Expleo has just announced it will invest €8m in its Irish workforce, creating 30 jobs in Belfast.

Global companies such as Baker & McKenzie, Fujitsu and Concentrix, alongside many others, chose to base themselves in Belfast, in part because of the connectivity and skilled workforce the city offers.

If Belfast continues to invest in the digital infrastructure that underpins the region’s knowledge economy, it could create more than 80,000 jobs and add more £3bn to the city’s economy by 2030. This is too big a prize to ignore.

The steps Belfast City Council has taken in recent years to transform itself into a leading technology hub is remarkable. With the backing of government, businesses and the education community, the city stands to reap the rewards of digital transformation for years to come.

£42,300 - £57,300 per annum
This is an exciting opportunity to take a leading role in enhancing the emergency planning and business continuity arrangements for... Kensington and Chelsea, London (Greater)
Recuriter: The Royal Borough of Kensington & Chelsea Council

£29,636 - £33,799
We’re looking for talented individuals to be part of our expanding team working on everything from local schemes to... Milton Keynes, Buckinghamshire
Recuriter: Milton Keynes Council