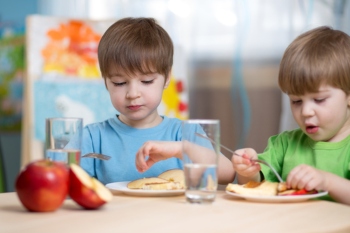 The Government must make food insecurity a priority and move away from short-term emergency measures, a new report has urged today.

The report from the Food Foundation found food insecurity has affected 4.7 million adults over the last six months, with 55% saying they did not have enough money for food.

An estimated 2.3 million children live in households that have experienced food insecurity in the past six months, increasing to 41% households with children on free school meals.

The report calls for an urgent review of free school meals to ensure the eligibility threshold does not exclude any disadvantaged children, businesses to pay at least the Real Living Wage, and for the £20 Universal credit uplift to be made permanent.

Emma Thompson, ambassador children’s Right2Food campaign, said: 'In the sixth richest economy in the world these figures speak for themselves. There is absolutely no need for any child to go hungry in the UK.

'The fact that they are and in increasing numbers suggests cracks in a broken food system that can and must be repaired as a matter of the utmost urgency. Apart from the moral duty we owe to children, this is a severe public health problem.'