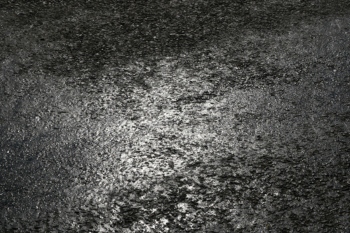 Councils have been forced to take emergency action after the heatwave caused some roads to melt in the sun.

This week, the Met Office has issued an amber extreme heat warning as temperatures soared to 32.2C in some parts of England.

Three roads in Somerset have melted in the heat, with the asphalt surface absorbing the heat and reaching 50C during the afternoons.

A series of tweets from Travel Somerset showed the extent of the damage and explained a granite dust had been spread on the roads to stabilise the surface.

The blistering heat has caused some roads to melt (yes, melt). We are doing all we can to protect the roads.

We will continue to monitor the situation over the next few days. pic.twitter.com/TDptiagqVt

Gloucestershire County Council has also been forced to make urgent repairs to road surfaces that have melted in the heat.

It said the A38 in Tewkesbury has been dusted with a fine grit to soak up the melted surface material. The road will be resurfaced after the summer once the full extent of the damage can be assessed.

Cllr Vernon Smith, the council's cabinet member for highways, said:'I have instructed officers to work with our contractors to resolve the failed surfacing with a quality repair which will last. This will be at no additional cost to the taxpayer and will deliver a smooth and high quality surface for all road users.'