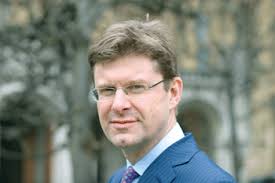 New communities secretary Greg Clark has told this year's Local Government Association conference he is 'thrilled' at the pace of devolution.

In a marked change of tone to former communities secretary Eric Pickles, Mr Clark described the emergence of the devolution agenda as a 'big moment' for local government.

Speaking at the District Councils' Network assembly today, Mr Clark said: 'It's fantastic that the case is being taken up.

'I owe it to you that when you get your act together that you're not kept hanging around by me or my officials.

'I think there is now a consensus across parties that for many years we've been centralising power and taking it away from you.'

In a direct message to districts, Mr Clark insisted the Cities and Local Government Devolution Bill was 'wide-ranging' in terms of the types of authorities that could benefit.

He continued: 'If we want our economy to be really firing on all cylinders it's not just going to be London and the south-east that's going to be making that contribution.

'It's right across the country.

'It's very much an objective of the national economic strategy that we want to empower you.

'You bet there's a place for districts in this.

'Some of the most successful places in our country are very far from cities.'

Attempting to offer reassurance, Mr Clark insisted devolution deals could not be signed without the backing of local districts and he suggested they could take the lead in bringing forward proposals.

'You can be the people that take the strategic view for your area.'

However, on finance, Mr Clark was less optimistic and failed to offer any hope to those who have called for council tax referendums on rises of more than 2% to be scrapped.

'I understand there are substantial costs in organising a referendum but it's not something I have any plans to change.

'I'm not going to mislead you into thinking that the time for savings in local government is at an end and that we've finished what we've got to do to balance the nation's books.'