Government criticised for ‘lack of clarity’ over net zero strategy 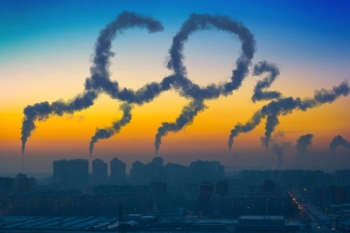 Auditors have criticised the Government for not providing local authorities with clarity about their roles in achieving net zero by 2050.

However, according to a new report from the National Audit Office (NAO), central Government is yet to decide whether local authorities' roles in meeting the national net zero target should have statutory basis.

The NAO reports that the Government has committed to outline responsibilities at national, regional and local level in its overall net zero strategy, and Government departments have carried out some engagement with councils to factor in their perspectives on this overall strategy.

However, the NAO is not convinced that overall engagement has been sufficiently strategic or co-ordinated to ensure that the role of local authorities in meeting the national net zero target is clearly defined.

‘There are serious weaknesses in government's approach to working with local authorities on net zero, stemming from a lack of clarity over roles and responsibilities and piecemeal funding,’ said Gareth Davies, head of the NAO.

‘This hampers local authorities' ability to plan effectively for the long term, build skills and capacity, and prioritise effort.

‘Government's efforts to improve its approach to local action on net zero have been understandably slowed by the COVID-19 pandemic. However, there is now great urgency to make progress.’

In March 2020, the Ministry of Housing, Communities and Local Government (MHCLG) found approximately 45 policy areas across Government that were likely to impact local action on climate change, and recognised that this posed a significant risk of inconsistent goals and messages.

However, the NAO found that neither MHCLG nor HM Treasury has assessed the totality of the funding available to local authorities for net zero or whether the balance of different types of funds is likely be effective.

The NAO recommends that the Government carries out an analysis of the net zero funding available to local authorities to inform the next Comprehensive Spending Review, considering the cost pressures they face.

Responding to the report, Cllr Darren Rodwell, Environment spokesperson for the Local Government Association (LGA), ‘We have previously called for a national fiscal and policy framework to address the climate emergency, which should outline responsibilities for national and local government, with a commitment from national government to work closely with local public sector bodies.

‘Net zero can only be achieved if decarbonisation happens in every place, community and household. Long-term funding for councils would mean they can properly plan ahead on the needs of their local communities as a whole to support this.

‘By working in partnership with national government, councils are uniquely placed to shape their local areas and translate national climate ambitions into transformative action on the ground.’

Polly Billington, chief executive of UK100, which represents over 100 mayors and local authority leaders committed to action on climate change, said: ‘We’ve been warning for years that the approach to funding local authorities to achieve Net Zero is "piecemeal", so this report from the NAO is welcome, and must be a wake-up call for ministers.

‘Unless ministers empower local leaders before the UN COP26 Summit in November, the UK government will be going naked into the conference chamber.’

Paula Hewitt, president of the Association of Directors of Environment, Economy, Planning and Transport (ADEPT), said: 'We welcome the NAO’s recognition of the key role of local authorities in achieving net zero, and also for putting forward how government could work with us to create a more consistent, effective and efficient approach.

'Currently, funding for net zero work is fragmented and local authorities need certainty, resources and the ability to develop the necessary skills. We need Government to engage with us to develop a common framework and to move to a system wide approach. We must have effective action at the local level.'

Commenting on the report, a spokesperson for the Ministry of Housing, Communities & Local Government said: 'The Government recognises that councils can help drive progress towards our national climate change commitments, and we will set out details of how we will work with them to reach net zero in our Net Zero Strategy.

'We have already provided billions in funding for councils to deliver local action on climate change, including through the Public Sector Decarbonisation Scheme, the On-Street Residential Chargepoint Scheme and the Green Recovery Challenge Fund.'