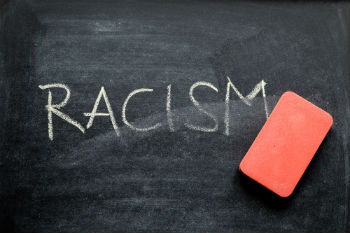 Two experts have been appointed to advise the Government on anti-Jewish and anti-Muslim racism in the wake of accusations that both major political parties have a bigotry problem.

Labour MP John Mann, who chairs the All Party Parliamentary Group Against Antisemitism, will provide the Ministry for Housing, Communities and Local Government (MHCLG) with advice on methods to tackle antisemitism.

Mr Mann, editor of the book Antisemitism: the oldest hatred (2015), has been a key figure in the debates over accusations of antisemitism in the Labour Party since he confronted Ken Livingstone over the latter’s assertion that Hitler supported Zionism.

‘If we stay silent on the issue of antisemitism, we unwittingly allow cowardice and bigotry to speak its own repulsive language,’ said Mr Mann.

‘I will continue to call out those throwing stones of hatred at Jewish people, and will endeavour to give a clarion call to Government on prejudice and discrimination on this issue.’

The Government has also appointed Imam Qari Asim, deputy chair of the Anti-Muslim Hatred Working Group, to help lead a process for establishing a definition of Islamophobia.

‘To tackle the alarming rise in anti-Muslim sentiment, it is imperative that Islamophobia is defined,’ said Imam Asim.

‘I am deeply committed to working across Muslim communities and with relevant stakeholders to formulate a legally robust, comprehensive and workable definition of Islamophobia.’

This decision comes after the Government rejected the definition of Islamophobia proposed by the All-Party Parliamentary Group (APPG) on British Muslims and backed by 750 Muslim organisations and institutions.