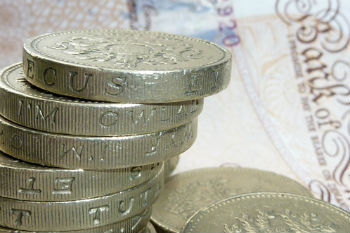 Extending the Right to Buy scheme to housing association tenants will cost £6bn over the next four years, according to a new analysis.

The analysis, carried out by Savills on behalf of the Local Government Association (LGA), forecasts that around 24,000 housing association tenants a year will buy their home with an average discount of £63,271 under the Right to Buy extension.

The discount would cost £1.5bn a year.

The LGA is warning that the offer must not be funded by forcing councils to sell off their social housing because to do so would drive up rents and the housing benefit bill and lower the capacity of councils to build more homes and tackle waiting lists.

‘Councils are ambitious to increase house building across all tenures,’ claims cllr Peter Box, LGA housing spokesman, ‘and support measures to help people into home ownership but this offer must absolutely not be funded by forcing councils to sell-off their homes. This could result in additional costs for the Government as more people move into the private rented sector and need housing benefit to afford higher rents.’

The LGA stresses the importance of allowing councils to keep 100% of the receipts from the sale of any council homes to reinvest in the building of more houses.

Other findings from the analysis include:

The LGA also calls on the Government to fund the policy by working with councils to build more homes on surplus public land. This could raise, according to the LGA’s submission to the Treasury, £13bn up to 2020.

The Local Government Association has called for an urgent meeting with the National Housing Federation (NHF) and Ministers to ensure implementation of the scheme protects communities, councils and the Government from any unintended consequences.

£47,841 - £52,886 Per Annum
An exciting career opportunity has arisen for an enthusiastic and energetic clinical psychologist or systemic therapist to... London (Greater)
Recuriter: Barnet London Borough Council

£39,867 - £44,790 Per Annum
We are looking for an exceptional project manager who is used to working on a number of projects at any one time. London (Greater)
Recuriter: Barnet London Borough Council

£34,500 - £46,700 per annum
We are looking for someone who is interested in local democracy and community leadership.   Kensington and Chelsea, London (Greater)
Recuriter: The Royal Borough of Kensington & Chelsea Council