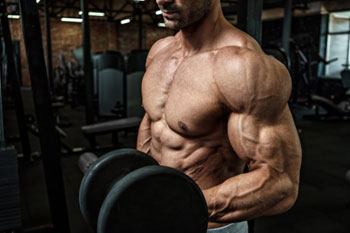 Council leaders have reported a ‘worrying’ increase in the number of people using illegal and dangerous body enhancing drugs.

Branded the ‘Love Island’ effect, councils have seen an increase in the number of needles being handed in at local exchange services related to image and performance enhancing drugs.

The Local Government Association (LGA) said this has led to more young people being affected by diseases normally associated with older people such as cardiovascular and liver disease.

Chairman of the LGA’s Community Wellbeing Board, Cllr Ian Hudspeth, said: ‘Councils are concerned that they are seeing a worrying rise in their areas of people using the likes of steroids or injecting melanotan tanning agent, which is linked to potentially life-threatening conditions such as cardiovascular and liver disease, as well as other physical and psychological effects.

’While doing all they can to help protect their local populations, councils are under increasing strain to provide these essential public health services just as demand is rising.’