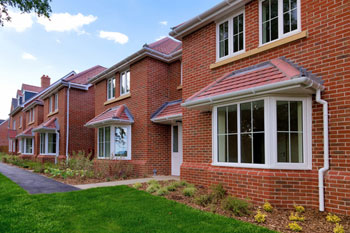 The Government is calling on local leaders to draw up proposals that could ‘kick start’ the delivery of new homes, boost local growth and deliver new jobs.

Councils will compete by submitting proposals to win a share of the funding. Sir George Iacobescu, founding father of Canary Wharf, will advise the housing secretary on which project to take forward for further Government support.

A consultation has also been launched to ensure development corporations have the legal powers they need to deliver high-quality new communities at the right speed.

‘We want to drive economic growth outside London and the South East,’ said the housing secretary Robert Jenrick.

‘Our new development corporations will empower local areas to come forward with ideas for new towns that deliver jobs, houses and economic growth – creating the future Canary Wharfs of the North and Milton Keynes’s of the Midlands.

‘That’s why I am announcing this competition to find major growth opportunities that will receive Government support and investment.’