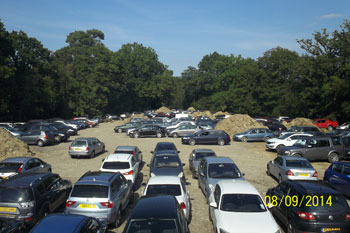 Two men have been fined £50,000 for running an illegal airport car park for nearly 800 vehicles.

The two men pleaded guilty to failing to comply with the council’s Stop Notice and were fined £3,000 each and told to cover Mid Sussex District Council’s legal costs of £9,500.

The council also sought a Confiscation Order under the Proceeds of Crime Act 2002, which meant £34,578 was confiscated by the courts.

Cllr Andrew MacNaughton, the council’s cabinet member for planning, said: ‘This is the first time that we have used the Proceeds of Crime Act and it has sent a clear message: you will not be able to profit from ignoring planning regulations.

‘Planning laws are in place for a reason; they protect the local environment from inappropriate development and give the people who will be affected by the scheme a chance to have their say. I hope this prosecution shows that if you try to bypass the planning system we will take action and pursue the matter through the courts if necessary.’