Council under pressure to backdate 10 months of living wage payments 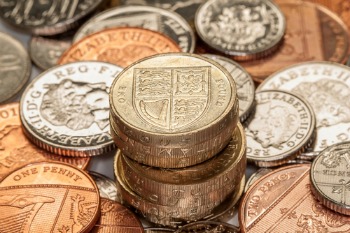 A Bedfordshire borough has come under pressure to ‘treat employees equally’ by backdating almost a year of living wage payments to care home staff.

Bedford Borough Council announced it would be paying staff the £7.85 hourly wage 10 months ago yet only began to pay employees from former BUPA care homes the higher rate from 1 February this year.

Trade union GMB has called on the town hall to immediately cover the living wage payments for these staff, who are understood to work at facilities that came under town hall control last April.

Bedford Borough Council said that TUPE regulations meant it was unable to backdate the living wage payments for these employees.

However GMB Bedfordshire county branch secretary, Martin Foster, said the council still needed to explain why it had failed to pay the care home workers the living wage rate.

Patrick Hall, Labour parliamentary candidate for Bedford added: ‘I welcome the payment of the living wage for ex-BUPA care workers and fully support the GMB campaign for this to be backdated to April 2014, if possible, when they became Bedford Borough Council employees.’

The council was unavailable for comment on the latest pressure from GMB.

Earlier this month, a Bedford Borough Council spokesperson said: ‘Due to the nature of the TUPE regulations, we are unable to backdate the transfer onto our terms and conditions.’

Up to £92,681 plus market supplement and relocation allowance (subject to terms and conditions)
We have developed an environment where learning, development and practice improvement are underpinning principles service wide. Birmingham, West Midlands
Recuriter: Birmingham Children's Trust

£30,500 to £34,797 per annum
Looking to recruit an Occupational Therapist who is able to meet the needs of children and young people with... York, North Yorkshire
Recuriter: City of York Council