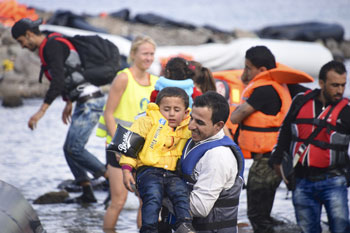 Local authority leaders have called on the Government to provide ‘vital’ funding to help them support unaccompanied children seeking asylum.

Councils are also seeing an increase of more than 50% in two years in unaccompanied children leaving care when they turn 18, but remaining the responsibility of the local authority.

Cllr David Simmonds, chairman of the LGA’s Asylum, Migration and Refugee Task Group, called on the Government to fully fund councils that are facing ‘significant financial pressures’ so that they can help support children in their care.

‘Councils have a strong track record supporting those resettling in the UK and are committed to providing the best support possible,’ said Cllr Simmonds.

‘However, given the significant financial pressures councils are under as they set local budgets and council tax in the coming weeks, achieving the level of support new arrivals are legally entitled to is becoming more and more challenging.

‘Councils want to make sure every child in their care gets the very best support which keeps them safe from harm, and enables them to go on and live fulfilling, happy and healthy lives.

‘This is why the Government needs to announce the findings of its long overdue review into the funding of support provided by councils for unaccompanied children.’