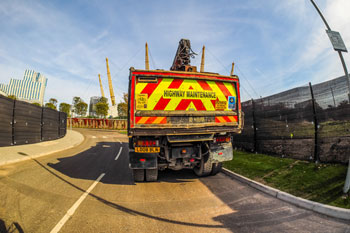 County councils have said they will have ‘no choice’ but to cancel high priority highway maintenance works next year after the Government announced capital funding allocations down £398m on current levels.

The Department for Transport has announced capital funding of £1.385bn for local road maintenance and pothole filling in 2021/22

It said this had allowed its members to undertake significant improvements to local roads, with planned capital investment rising 13% in a single year and that ‘given the Government commitment to continue to invest an additional £500m through the pothole fund over and above existing resources, CCN member councils were anticipating similar capital allocations for the forthcoming year’.

The CCN said counties have been planning highways work based on an expected level of funding and many have published plans for the next year. It said: ‘As a result of the reduction in funding, our councils will have no choice but to reduce investment next year, cancelling high priority planned works.’

CCN economic growth spokesperson Cllr Barry Lewis said: ‘The Government’s commitment to increase funding for potholes and local road maintenance by £500m each and every year of this parliament was warmly welcomed by councils and MPs alike – who say the scourge of potholes are amongst their most frequent complaints in their mailboxes.

‘However, the Government has given with one hand and taken with the other, as the overall funding pot for roads maintenance will fall £398m compared to last year. Our councils rely heavily on this capital funding to help tackle the backlog of roads repairs in their areas and to ensure their road networks are in a good condition: crucial to levelling up their areas.

‘Unless further funding is made available, our councils will have no choice but to reduce their roads maintenance work this coming year.

‘We urge the Treasury to use the forthcoming Budget to ensure that there is no reduction and the government fulfils its commitment to increase roads funding.’