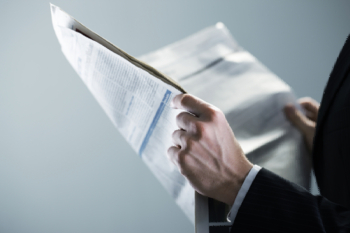 East London council Waltham Forest is sticking to its guns in its battle with the Government over its fortnightly newsletter. After years of wrangling, it has now confirmed it will take the argument to a judicial review.

It is hard to say who will come out the winner when a council with limited resources is pitted against the might of Whitehall, but the issues involved are of huge importance to anyone who cares about local democracy.

The council claims its Waltham Forest News provides a valuable service to residents with a regular update of news and information every two weeks.

Publishing its statutory notices in the local commercially-run paper, the Waltham Forest Guardian, it argues, would be costly compared with putting them in its own newsletter.

And the notices would only be seen by a few customers who buy the newspaper. The council's own publication, on the other hand, is posted through the letterboxes of every home in the borough.

Home secretary Sajid Javid disagrees. Mainly, he explains in a detailed 'letter of reasons' sent by his department to the council in April, because by doing so it undermines the local media.

Mr Javid is of the view, the letter explains, that 'more or wider circulating local newspapers would be available in the borough if the Council did not publish its own newspaper more frequently than quarterly.'

Even if the council newspaper has little or no impact on the local press, it says, this does not override the Government’s policy of trying to create an environment which is 'as conducive as possible to the flourishing of independent and politically free local media.'

The official letter lacks the political bombast of former communities secretary Eric Pickles who launched the war on "town hall Pravdas" back in 2010.

But that is certainly the attitude taken by many critics including the editor of the Waltham Forest Guardian who dismisses the council's publication as 'shameless propaganda'.

There are arguments on both sides revolving around the respective roles of a local authority and the commercial newspapers operating in its area.

The council is accused of publishing what amounts to a local newspaper of its own, but one which shows the council in a positive light and lacks the objective critical bite of a real newspaper.

In that sense Waltham Forest News and other similar publications are more like publicity vehicles for their councils - not newspapers but public relations tools. Why should councils not be allowed to spend money on PR, to keep its residents informed of all kinds of important services and activities they offer?

The bigger question is about who decides. The Government - it must be assumed - is in favour of local democracy. Yet in this matter it seems happy to dictate to councils as to how they should communicate with the people they represent.

There is something wrong with local democracy if the voters of Waltham Forest cannot decide for themselves whether they support their council in publishing a fortnightly newsletter.

Orders from central government are no substitute for communities steering the direction of their local council through the power of the ballot box. This will be the real issue at stake if and when the matter finally goes before a judge for a ruling.