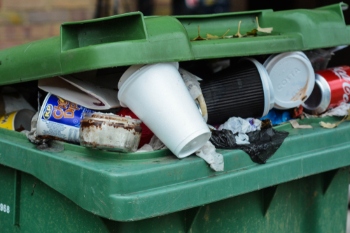 Thurrock Council has said that it is ‘deeply disappointed’ that workers in the local authority’s waste and recycling department have decided to continue their strike over a pay dispute.

The workers have been on strike since the 13 April 2021 over what the union Unite characterises as a ‘brutal and callous attack’ on the pay and conditions of essential workers.

Unite, which argues that the proposed cuts mean the workers face losing between £1200 and £3800 a year, informed the council yesterday that the strike will continue until 18 June unless the dispute is resolved.

Cllr Andrew Jefferies, cabinet member for waste services at Thurrock Council, said that he was ‘outraged’ that the union had decided to continue the strike. He also accused them of spreading ‘misinformation’.

‘Thurrock Council is not cutting the salaries of our waste crews or any other staff,’ he said.

‘The majority of staff are earning more and now have increased earning potential as a result of the pay review. Every member of staff who is negatively affected will receive a compensation package to ensure they are no worse off.

‘The proposed changes to allowances include changing bank holiday overtime pay from triple time to double time. We are also proposing bringing an end the system which allows waste crews go home when they have finished their round, instead of continuing to work their full day to help colleagues on other rounds.

‘Rather than misinforming the borough's residents and their members and needlessly extending their action I urge Unite the Union to play an active role in the continuing talks.’

A press release put out by Unite insisted that Cllr Jefferies is wrong to claim that there are no savings attached to the council’s proposal and said that the council itself has advised the unions that the proposed savings are approximately £967,000.

According to Unite, once you add other changes, the total savings are approximately £1,077,694.

Unite regional officer Michelle Cook said: ‘The blame for this ongoing strike lies squarely at the feet of council bosses. It's an absolute disgrace that Thurrock Council is trying to slash thousands of pounds from essential workers' pay in the middle of a health crisis.

‘These essential workers who were applauded for their work through the pandemic are defending their pay. The council's cuts mean they will struggle to pay the bills, rent and mortgages.

‘Thurrock Council can end this strike if it chooses. Instead it's spending thousands of pounds on external contractors while the rubbish piles up. It's time for the Chief Executive Lyn Carpenter and the leader of the council Rob Gledhill to end the disruption and negotiate an end to this dispute.’

Cllr Jefferies said: ‘Thurrock Council has continually been willing to meaningfully negotiate and equally welcomes ACAS's involvement. I ask that when union officials meet us at the negotiating table they show a genuine willingness to reach a compromise in the best interests of our residents.’