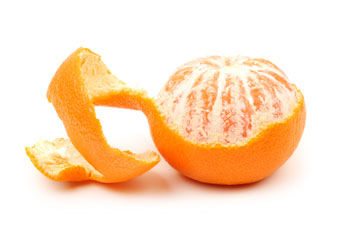 A council faces paying out thousands of pounds after losing a court battle with a man who accidentally dropped a piece of orange peel.

Luke Gutteridge, 29, was accused of littering and handed a £75 fine when he dropped the 10p-sized piece of peel last September. Despite swiftly picking up and binning the orange rind, the council worker refused to cancel the fine and told Mr Gutteridge he would be taken to court if he didn’t pay the penalty.

However magistrates in Stevenage, Hertfordshire, have now accepted Mr Gutteridge’s defence that littering was an offence only if proved to be intentional.

Mr Gutteridge was originally handed the fine by an employee from Kingdom, which is contracted by the town hall to monitor littering.

Mr Gutteridge said: ‘I couldn't believe it. It was absolutely stupid.’

He added that Broxbourne BC ‘should pay the costs from its own pockets instead of expecting the rate and taxpayers to pay for its own mess.

‘The council told me that they were confident that they would get the costs of the trial from me and advised the court that their costs would be around £4,000, and they were aware that mine would be of a similar amount.’

A council spokesperson said: ‘The council reviews all cases at all stages up to court but in this case the facts put forward by the defendant and those recorded by the enforcement officer differed and therefore it was decided by the court.

‘The council was not ordered to pay the costs of the defence because it was not at fault, and only officer time was spent by the council.

‘The vast majority of cases brought by the council heard by the court are found proved.

‘Broxbourne Council takes all offences of littering seriously and works hard to keep the borough clean and pleasant for its residents and visitors.’