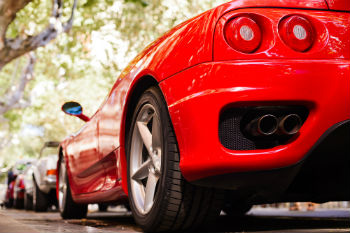 Westminster City Council’s traffic marshals have been carrying out ‘special operations’ in a bid to crack down on illegally parked supercars.

Residents complained during the summer months about the inconsiderate behaviour of owners of so-called supercars and luxury vehicles such as Lamborghinis and Ferraris.

In order to tackle this problem, the council carried out three operations, each lasting eight hours, and issued four PCNs to supercars and 19 PCNs to luxury vehicles.

During the three operations marshals observed hundreds of cars of which 78 were supercars. The same custom Rolls Royce Phantom was found parked on double yellow lines on two occasions.

‘During the summer months some motorists believe central London is a rule-free racetrack. It’s great to see impressive cars, but whether you own a Maserati or Mini, you must abide by the rules.’