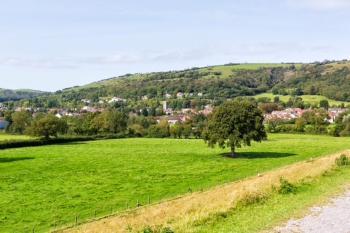 A controversial poll on reorganisation in Somerset has come out in favour of a district-based proposal.

The district council-organised referendum was highly criticised by the county and the secretary of state last month after a printing error sent voters to a spoof website instead of the county-based One Somerset proposal.

Local government secretary Robert Jenrick wrote to the district council leaders over what he described as the ‘serious failure’ that ‘risks undermining the reputation and standing of local government’.

Mr Jenrick demanded an apology and an explanation of steps being taken ‘as a matter of urgency’.

Announcing the results of the poll today, the councils - Mendip, Sedgemoor, Somerset West and Taunton and South Somerset - said 65% voted in favour of the district-based Stronger Somerset proposals, while 34% opted for One Somerset.

Sedgemoor DC leader Cllr Duncan McGinty said: ‘We will now pass this on to the secretary of state. It is unfortunate that some have looked to discredit the poll and to stifle debate but democracy has been heard and the people of Somerset have been heard.

‘I look forward to the secretary of state’s decision and working together for a Stronger Somerset.’

The poll received more than 110,000 votes, a quarter of eligible voters.

In a joint statement, the four council leaders said the ‘crystal clear’ message was the public preferred a two unitary option, rather than the Government’s favoured single unitary.

The statement said: ‘We put our faith in the voters of Somerset to make up their own minds by organising a local poll, independently run and verified, while others took every opportunity to discredit the poll and to stifle debate.’

It added: ‘The Government claims they had thousands of responses to their consultation, but they cannot say for sure how many came from Somerset residents. More than 111,000 residents have now had their say in this poll – that’s a huge number and cannot be ignored.’