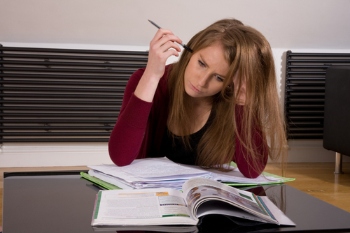 The rising student numbers in colleges and sixth forms mean that an extra £570m will be required in 2022 to prevent a further fall in spending per student, think tank warns.

The Institute for Fiscal Studies (IFS) has found that a big increase in student numbers means that additional spending on sixth forms and colleges has done little to reverse a decade of cuts in funding per student.

In their briefing note, ‘Further education and sixth form spending in England’, the IFS calculated that the increase in student numbers in colleges and sixth forms means that an extra £570m, on top of extra funding allocated for 2020, will be required in 2022 to prevent a further fall in spending per student.

At the same time, the share of 16- and 17-year-olds in apprenticeships fell to a historical low of 3% in 2020, with a 30% fall in numbers in 2020 alone. According to the IFS, this reflects both the effects of the pandemic and a gradual reduction in take-up over the long run.

‘The additional funding in 2020 only takes funding back to 2018 levels, leaving in place the vast majority of the cuts to funding per student over the previous decade. These institutions now also face a plethora of additional challenges created by fast rises in student numbers and the need to help pupils catch up on lost learning.

‘The Government will need to allocate at least an extra £570m in funding for the 2022–23 academic year as compared with 2020–21 just to keep per-pupil spending at existing levels.’