Cities should be central to ‘levelling up’ agenda, think tank says 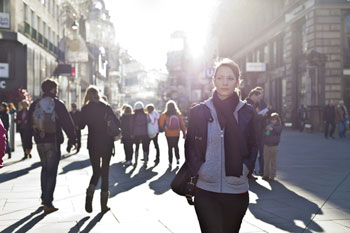 The Government should focus on investing in cities outside of London rather than spreading investment too thinly across small towns, a think tank has recommended.

In a new report launched today, the CAGE Research Centre found that cities are the most popular places to live in the UK despite a small boom in the purchase of rural properties in August 2020.

Based in the Department of Economics at the University of Warwick, the research centre also found that London remains the most popular area to live and work. This is despite high house prices in the capital and the stagnation of London wages.

CAGE argues that the desire for urban living revealed in the data, and the increasing squeeze on Londoners’ disposable incomes, reveals an opportunity to tackle regional inequality. In order to do so, the researchers recommend the Government invest in cities outside of the capital.

Director of CAGE and co-author of the research, Professor Mirko Draca, explained: ‘Though London remains the main attraction, our data shows that across the UK, people like living in cities. If the Government is serious about challenging the economic power of London and boosting the regions, it needs to put cities at the centre of its agenda.’

‘There’s a real danger that the Government is spreading its bets too thinly,’ Professor Draca continued.

‘Its current plans to invest in many different towns to break the economic dominance of London is like setting up acoustic tents to draw crowds away from the main stage at Glastonbury. The Government needs to place bigger bets on fewer places. Investing in cities that can rival London is the best way to tackle regional inequality for the long-term.’