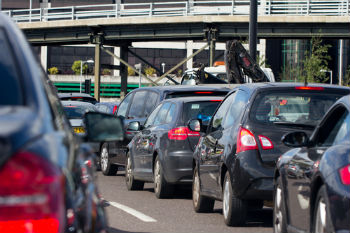 London’s boroughs have said they are not getting a fair share of road maintenance cash after they were awarded only £17m of the extra £420m for local authority roads announced during the budget.

The Department for Transport (DfT) has confirmed how the cash for 2018/19 will be shared among English local authorities.

Local highway authorities in England’s regions outside London will get £400m of the extra cash, while London’s boroughs and Transport for London (TfL) will get only £20m, with the DfT stating that funding for London is provided from ‘other routes’.

The cash for London has been shared between TfL and individual boroughs and using (2015) road lengths, with TfL getting £2.74m. There is no extra cash for the London Borough of Hounslow, which has a highways maintenance PFI scheme.

Cllr Julian Bell, chair of London Councils’ Transport and Environment Committee, said: ‘London is not getting its fair share of funding for road maintenance and pothole repairs. Nearly 10 million journeys are made by road in the capital every single day and London’s residents, businesses and tourists alike rely on London’s roads being in good condition.’

Cllr Bell said there was ‘an urgent need’ for Vehicle Excise Duty (VED) revenue raised in London to be devolved.

The £400m distributed to the English regions will be shared between authorities using the Highways Maintenance Block (needs element) funding formula, giving each authority extra cash equivalent to just over half of this year’s allocation under that formula.