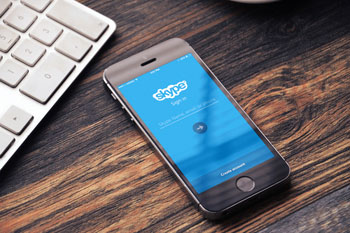 Absence may make the heart grow fonder – but not in the case of Donald Adey, former Lib Dem councillor for the Trumpington ward in Cambridge.

The city council there has ushered in new rules saying members must live near their constituency after Mr Adey moved to Scotland – more than 400 miles away.

He argued that he could cover his constituents' needs by phone and Skype.

But the council was having none of it. Instead they called for a change in the law to say that any councillor moving more than 50 miles away would have to resign within six months.

Mr Adey responded by resigning his party whip – but continues to sit as an independent.

He does not hold the record for long-distance councillorship, however.

In 2015 the case of Brian Riley raised eyebrows after he decided to carry on as a Tory member of Suffolk County Council after moving almost 4,000 miles away to North Carolina in the USA.

He ended up quitting his seat the following year when he was caught by the current law which says a councillor can move away but must attend at least one meeting every six months.

Cambridge's absentee councillor Mr Adey has a touching faith in modern telecommunications. But it's not convincing.

Despite the wonders of email, Skype, cheap long-distance phone calls and the rest of today's earth-shrinking technology, nothing can replace face-to-face communication.

In local government people want to know they can meet their elected representatives, put their concerns directly to them and discuss options.

A disembodied Skype chat is no substitute.

How long Mr Adey's constituents will allow him to live hundreds of miles away while claiming to speak on their behalf is yet to be seen.

But if Cambridge City Council succeeds in achieving a change in the law, his absenteeism may end up doing everyone a favour.

Or perhaps local democracy is well able to exert its will and make it clear to councillors – and would-be councillors – that they are expected to live in the area, not continue to claim expenses while attempting to deal with the people who elected them while living hundreds of miles away.

Politicians are facing unprecedented scepticism from the public who increasingly see them as unresponsive and remote.

It doesn't help when a councillor deliberately makes himself even more remote by packing up and leaving the community which used its democratic vote to hand him the power and privilege of elected office.