COVID-19: How has the past year affected council staff? 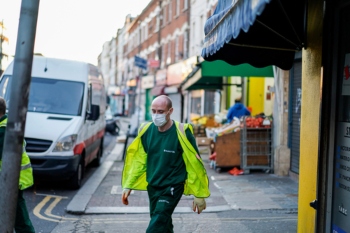 Council staff have been left feeling ‘undervalued and overwhelmed’ this past year as a result of COVID-19, according to an exclusive survey by LocalGov.

To mark a year since the first lockdown began, we surveyed council workers to find out what impact the pandemic has had on their mental health, their job role, and how they feel about working in local government.

More than six in ten respondents (64%) said the pandemic has affected their mental health, with 75% feeling stressed and 65% feeling anxious. Nearly half (47%) of those affected also said they have felt depressed in the last year.

Respondents said the pandemic has left them feeling frustrated and undervalued, with Government and the public not always appreciating the challenges councils have faced.

While nearly all staff surveyed (99%) were not furloughed, a quarter did see changes to their job role. Seven in ten reported a significant increase in their workload due to COVID-related duties, while 27% were deployed to a different service within their own council.

Three-quarters of those surveyed said their normal place of work closed as a result of COVID-19, with only 6% of council workers now back in their normal workplace.

While many council staff spoke about the challenges of working remotely and balancing the extra workload, a quarter also said they were concerned that service reductions or closures were having a negative impact on service users.

Nearly a fifth of those responding also reported they had received abuse or aggression from the public as a result of COVID-19. Three-quarters of these staff had experienced verbal abuse in the past year, while 29% had been victim to abuse on social media.

Luckily, only 16% of council staff were less keen on working in local government going forward, with 27% saying they are more passionate about the sector than ever.

As part of our survey into the impact this past year has had on council staff, we asked readers for their comments.