Budget 2018: Cash for care could be swallowed up by rates relief 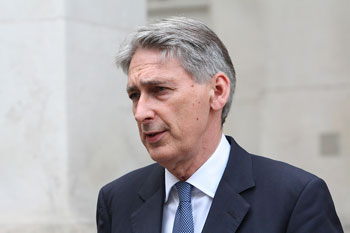 Chancellor Phillip Hammond is expected to announce nearly a billion pounds for social care in an austerity-busting budget later today.

However, councils fear the extra cash – alongside more money for road building and maintenance and universal credit – will be negated by a cut to business rates.

Early predictions for the Budget suggest the chancellor will unveil £800m for adult social care, and a further £100m for children’s services.

There is expected to be £28.8bn to fund national roads alongside £420m to be poured into potholes. Measures to tackle the decline of the high street and to hand land to smaller developers where larger firms have planning permission but have failed to build.

While the extra money will be welcomed by local authorities, plans to ease the pressure on small businesses, with £900m in business rate relief, will leave councils out of pocket again.

Tweeting about the early predictions, SOLACE president Jo Miller suggested it would be ‘a travesty’ to see the care cash cancelled out by rate relief. Ms Miller launched a heartfelt plea for more cash at the society’s annual conference in Brighton earlier this month.

She urged the Government to stop handing out small pots of cash and instead create a coherent plan for public spending. ‘No [financial] plan from 2020 is terrifying, inept, grossly unfair and no way to run a country,’ she said.

Her comments followed a joint SOLACE/The MJ survey of chief executives in which more than half said they would have to reduce universal services if cuts continue.

Prime Minister Theresa May vowed to end austerity in her speech to the Conservative Party conference at the start of the month. She believes increased investment in public services, alongside more house building, are vital to ensure she is re-elected.

While the Treasury have seen better than expected tax receipts, the department is also working to a predicted 7.7% fall in GDP in the event of no deal on Brexit. While the Budget may hand some respite to cash-strapped councils, next year’s spending review will set the scene for the next three years of public finances.

Speaking on the Andrew Marr show yesterday, Mr Hammond said he would set the scene for the spending review. He refused to be drawn directly on the future of local government funding, but suggested: ‘The public finances are performing well.’