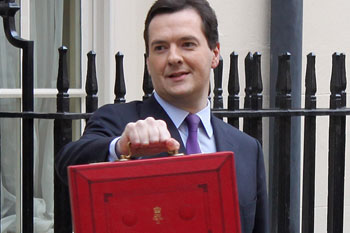 In a Budget which promised ‘no gimmicks’ in the run up to the General Election, Chancellor George Osborne delivered a speech which promised to take Britain from ‘austerity to prosperity’.

As predicted by The MJ, The chancellor announced a pilot programme to devolve 100% of business rate growth to Greater Manchester and Greater Cambridge, and promised other authorities that his door was open for more deals.

He told MPs: ‘For where cities grow their economies through local initiatives, let me be clear: we will support and reward them.’

Mr Osborne pledged to continue to work with councils to create a Northern Powerhouse as he announced an agreement had been reached on a West Yorkshire Combined Authority. He offered a range of transport and infrastructure projects around the country, including regeneration plans in London, a transport strategy for the North and £7bn transport investment and a new rail franchise in the South West.

For the Midlands, there was a boost to manufacturing, while new City deals are planned for Cardiff, Aberdeen and Inverness. The chancellor extended eight enterprise zones across the country, with the introduction of 20 new housing zones.

The chancellor revealed the deficit had ‘halved since 2010’ while living standards were up, employment has grown to ‘a record level’ and ‘national debt as a share of GDP is falling’.

Mr Osborne told Parliament: ‘The sun is starting to shine and we are fixing the roof.’

The economy grew faster than any other advanced economy in 2014 at 2.6%, according to the Office of Budget Responsibility – but was lower than predicted in the autumn statement. Forecasts for the coming years were upped, with 2.4% growth expected for 2015 in December rising to 2.5%, followed by 2.3% for the next three years and 2.4% in the year after.

But he warned that we would have to stay on the current path, and vowed to use a windfall from mortgage asset sales of £13bn to continue to bring the deficit down, and pledged to continue to chase those avoiding and evading tax to save a further £5bn.

‘We have done it in this Parliament; we can do it in the next,’ the chancellor said.

The £13bn departmental savings reductions would imply a halving of the £24.9bn cuts the Institute for Fiscal Studies think-tank calculated were outlined in December's Autumn Statement and is a much lower figure than the £70bn cuts forecast by shadow chancellor Ed Balls.

As expected, the chancellor announced he would take on the recommendations of the Low Pay Commission and pledged the minimum wage would hit £8 by the end of the decade.

However, the chancellor couldn’t resist a bit of a gimmick and giveaway when it came to alcohol and fuel duties as he announced ‘a penny off a pint for the third year in a row’, and on petrol, ‘ten pounds of a tank with the Tories’. He also gave an increase in personal tax allowance for those at the lowest level.