Birmingham to cut another 6,000 jobs 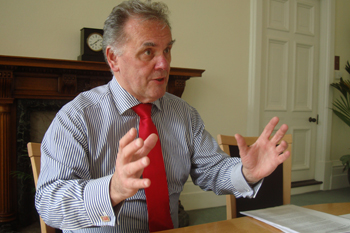 Up to 6,000 council jobs are to be axed in Birmingham over the next four years, as the leader of the council announces its workforce will be dramatically reduced.

He said the job losses would see the council operating with a third of the workforce compared to 2010, with the losses double that as seen when Longbridge car plant closed in 2005.

He said: ‘Colleagues, there is a ticking time bomb under this city council. Over many years we have not given enough attention to how we manage staff reductions and plan the workforce we will need in the future.

‘If we don’t act now then the consequences will be catastrophic for the future functioning of this organisation.’

However, trade union Unite called the cuts a ‘savage’ blow for council employees and service users.

Unite regional secretary for the West Midlands, Gerard Coyne, said: ‘The city council faces about £200m worth of cuts and the workforce which stood at 20,000 in 2011 will be pruned back to just under 7,000 in the next three years. By 2018, a total of £800m of worth cuts will have been enforced – which equates to 60% of the controllable budget.

‘This will be heart breaking news for the council employees whose jobs are under threat and their families and further reinforces the savagery of the coalition’s austerity programme.’

Sir Bore also warned the council had not done enough to employ younger workers, with only 36 people under the age of 20 working for the council.

The council will consult with staff and trade unions on the cuts and will publish its detailed budget proposals for 2015-16 in December.