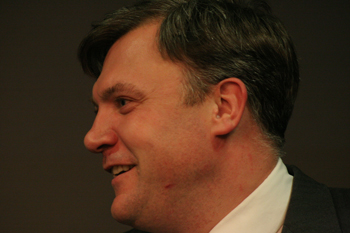 Mr Balls said Labour analysis of the Autumn Statement reveals the real scale of cutbacks is £70bn, more than double the £30bn fiscal consolidation claimed by the Conservatives. He said unprotected areas of public service expenditure would face ‘extreme’ spending cuts over the next Parliament.

Factoring in planned £12bn welfare cuts, the Labour dossier stated the £58bn reductions spread across other departments would force some to 'cease to exist'.

Mr Balls said: ‘Spending cuts which are larger than any time in post-war history - a bigger fall in spending as a share of GDP in any four-year period since demobilisation at the end of the Second World War.’

Mr Balls has pledged a future Labour government would cut the deficit every year but would not meet the Conservative plan to generate a £23bn budget surplus by 2019/20.