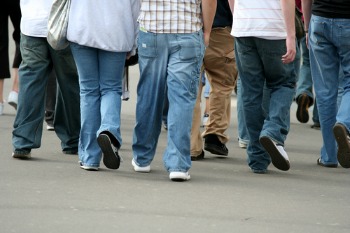 More than 100,000 young people have fallen off the radar, with councils unsure if they are in education, employment or training (NEETs), MPs are warning.

A new report from the Public Accounts Committee reveals that the UK is lagging behind other developed countries when it comes to reducing NEETs, with too many young people unknown to their local authority.

‘Too many young people simply disappear from all the relevant public systems,’ said Margaret Hodge, chair of the Committee of Public Accounts. ‘100,000+ young people are off the radar in that some local authorities do not know whether they are participating in education or training or not.

‘If the activity of young people is unknown to the local authorities where they live, they are unlikely to receive targeted help.’

In response, the Local Government Association (LGA) said councils had managed to reduce the number of NEETs by 14% since 2012 but needed more power to tackle the problem further.

‘Too often the challenging task of reducing teenage disengagement is made far more difficult when schools, colleges, Jobcentres, national schemes and UCAS do not provide the information needed to identify those in need of help.’

The MPs are also concerned that many local authorities do not help 16 to 18-year-olds with the cost of travelling to school or college, creating a ‘postcode lottery’.

Cllr Simmonds warned that funding for concessionary fares scheme for elderly and disabled residents has reduced by 39%, forcing councils to cut back on ‘vital’ post-16 transport services.