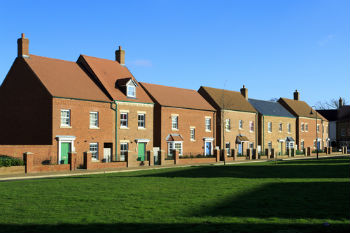 The North could miss out on tens of thousands of new homes and jobs as a result of a system which favours housebuilding in the South, according to northern housing associations.

New research commissioned by Homes for the North, an alliance of 18 of the North’s largest housing associations, has revealed Whitehall’s system for assessing future housing demand - ‘Objectively Assessed Need’ - is ‘not fit for purpose.’

The shadow housing secretary John Healey condemned the method of assessment as ‘a cap on northern aspiration’.

This means, according to Homes for the North, that cities and councils are expected to ignore future growth prospects - and the added housing demand this would bring - and instead build homes using household projections from a period of sluggish economic growth.

The planning and development consultancy Lichfields examined the local plans for 72 local authorities located across the North of England in order to assess the effectiveness of ‘Objectively Assessed Need’ when it comes to predicting future housing demand.

Working on behalf of Homes for the North, they discovered that the total number of homes identified by those councils was 55,775 per year, whereas if the Government’s methodology were applied, the local authority projections would drop to an annual figure of 42,435.

Carol Matthews, chair of Homes for the North, said that northern cities were ‘thriving’ both economically and culturally, and attracting increasing numbers of people.

‘One of the main attractions - especially for younger people - is the availability and affordability of homes,’ she said.

‘In the next ten years, the north will need 500,000 new homes to keep up current demand. Yet government policy isn’t geared up for this.

‘The way future housing need is planned for fails to recognise future growth prospects of cities across the north. This needs to be addressed immediately. Failure to do so will hold the north back - and it is the next generation who will pay the price.’

‘Ambitious northern areas want to build for the future, but changes set to be made by ministers will make it harder for them to do that,’ added Mr Healey.

‘The housing crisis is a national crisis. Home-ownership has fallen in every region since 2010, and there is visibly rising homelessness in almost every town and city in the country.

‘The chancellor should use the next budget to reverse the deep cuts in housing investment made since 2010 and back northern areas to build.’

A spokesperson for the Ministry of Housing, Communities and Local Government said: ‘Our new approach is not a target, and we want to see ambitious northern councils building far more homes.

‘We want to see the north thrive with thousands more homes, jobs and better transport links.’