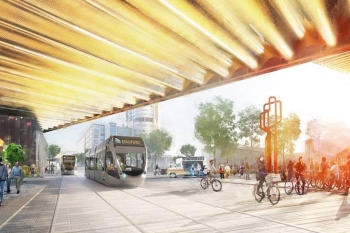 Residents of West Yorkshire have been asked to give their views on plans for a new transport network that aims to connect the region’s communities to jobs, education and opportunities.

The West Yorkshire Combined Authority is publishing its Connectivity Infrastructure Plan and Mass Transit Vision 2040 today and is asking people across the region to have their say.

The proposals identify where people will live and work in the coming decades, the journeys they will need to take and how best to connect them through an integrated network including walking and cycling, bus, mass transit and rail.

The two documents outline the early phases of a new mass transit system for West Yorkshire in this decade. They also explain how the combined authority plans on improving transport connections for up to 675,000 people in the 20% most deprived communities in West Yorkshire.

As well as making the case for rail electrification and investment in new infrastructure, the plans propose connecting up to 35 housing growth areas, 17 employment growth areas and five hospitals.

They also set out the critical role of major projects including HS2, Northern Powerhouse Rail and the upgrade to the Trans-Pennine line in delivering an integrated transport system that connects communities in West Yorkshire to each other and the wider UK.

‘If we are going to raise the quality of life for all our communities then we need a transport system that does just that,’ said Cllr Susan Hinchcliffe, chair of the West Yorkshire Combined Authority and leader of Bradford Council.

‘We have already made progress in addressing the legacy of years of underinvestment in our region but we need to go further.

‘We want our region to become renowned for a transport system that others look towards, something that enhances the lives of those who live right here in West Yorkshire and that makes us a magnet for an ever-increasing pool of talent.’

The Connectivity Infrastructure Plan and Mass Transit Vision 2040 also aims to encourage 24 million additional journeys a year by bus by 2033 through additional vehicles and priority measures.

The plan also addresses the issues of air quality and climate change. The combined authority hopes to reduce transport’s contribution to carbon emissions by up to 81%. The region aims to be net-zero carbon by 2038.

Cllr Judith Blake, leader of Leeds City Council and West Yorkshire Combined Authority transport lead, commented: ‘These proposals set out how our existing plans to invest, our future ambitions and major infrastructure projects including HS2 and Northern Powerhouse Rail come together to deliver the clean, integrated transport system we need to connect our communities to each other and beyond.

‘The people of West Yorkshire deserve a transport system that fills them with pride, with optimism and above all with the confidence that our region has a clear direction of travel towards a future that brings prosperity for all.’