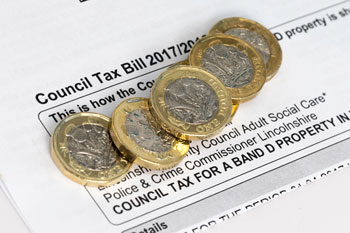 Pembrokeshire County Council has proposed increasing council tax by 12.5% as part of an effort to close a multi-million pound funding gap.

The county council is consulting with the public on three possible council tax rises to help close a £16.9m funding gap.

While there is no official cap on council tax increases in Wales, the Welsh government has previously made it known that a 5% increase is the informal limit.

However, Pembrokeshire CC has confirmed it has received written confirmation from the Welsh government that the setting of council tax limits is a matter for local authorities.

‘Our council tax levels are so far behind the Welsh average. I think the public have an understanding of the position we are in,’ said the cabinet’s member for finance, Bob Kilmister.

‘I am very concerned about the level we are putting Council Tax up by, but unless we make a step change, the gap will continue to widen.’

The council has also found cost reductions, efficiencies, and service transformations worth £11.2m for the financial year 2018-19.

The final decision on the tax increase will be taken by full council in March.