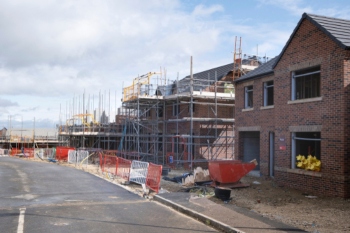 The amount of undeveloped brownfield land suitable for housing in England has hit a record high, according to new research.

The annual State of Brownfield report from CPRE shows there is enough brownfield available to deliver 1.3 million new homes.

However, the proportion of brownfield housing units with planning permission is the lowest since records began, down to 44% in 2021 from 53% in 2020.

The analysis of 330 local authority brownfield registers shows there is space for more than 375,000 homes in the North West, Yorkshire and the Humber, and the West Midlands. In London and the South East, half a million homes could be built on brownfield land.

The CPRE is calling for national planning policies to prioritise brownfield development in local plans.

‘A brownfield first policy is sound good sense,’ said Emma Bridgewater, president of CPRE. ‘We need to direct councils and developers to use these sites – often in town and city centres where housing need is most acute – before any greenfield land can be released.

’It is wasteful and immoral to abandon our former industrial heartlands where factories and out-dated housing have fallen into disrepair. Developing brownfield is a win-win solution that holds back the tide of new buildings on pristine countryside and aids urban regeneration at a stroke.’

The charity also said the use of previously undeveloped greenfield land increased by 148% between 2006 and 2017, the latest date for which figures are available.