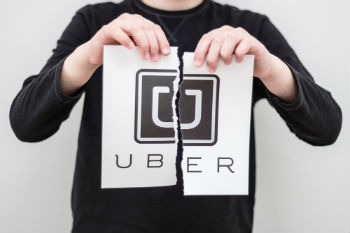 TfL said on Friday (22 September) that it had concluded that Uber London Limited ‘is not fit and proper to hold a private hire operator licence’ and informed it that it will not be issued with a new licence after expiry of its current licence on 30 September.

Mr Khan said: ‘I want London to be at the forefront of innovation and new technology and to be a natural home for exciting new companies that help Londoners by providing a better and more affordable service.

‘However, all companies in London must play by the rules and adhere to the high standards we expect - particularly when it comes to the safety of customers. Providing an innovative service must not be at the expense of customer safety and security.

‘I fully support TfL’s decision - it would be wrong if TfL continued to license Uber if there is any way that this could pose a threat to Londoners’ safety and security.’

TfL said it considers that Uber's approach and conduct demonstrate a lack of corporate responsibility in relation to a number of issues that have potential public safety and security implications. These include:

· Its approach to how medical certificates are obtained.

· Its approach to how Enhanced Disclosure and Barring Service (DBS) checks are obtained.

· Its approach to explaining the use of Greyball in London - software that could be used to block regulatory bodies from gaining full access to the app and prevent officials from undertaking regulatory or law enforcement duties.

Uber has 21 days to appeal and can continue to operate until any appeal processes have been exhausted.

Tom Elvidge, general manager of Uber in London, said: 'Three and a half million Londoners who use our app, and more than 40,000 licensed drivers who rely on Uber to make a living, will be astounded by this decision.

'By wanting to ban our app from the capital, Transport for London and the Mayor have caved in to a small number of people who want to restrict consumer choice. If this decision stands, it will put more than 40,000 licensed drivers out of work and deprive Londoners of a convenient and affordable form of transport.

'To defend the livelihoods of all those drivers, and the consumer choice of millions of Londoners who use our app, we intend to immediately challenge this in the courts.'