UK cities behind European counterparts in skills and innovation 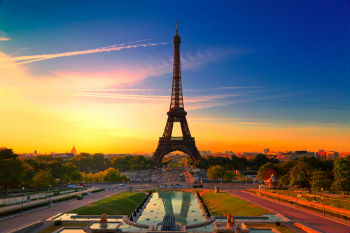 The UK’s cities are lagging behind their European counterparts in terms of skills, productivity and innovation, think tank warns.

A new report from Centre for Cities - Competing with the Continent - has revealed UK cities account for over a fifth of Europe’s urban economic output and play a bigger role within the national economy than cities in other European countries.

They contribute 60% of the UK’s national economic output, which puts them far ahead of cities in Germany (36%) and Italy (32%).

However, it also discovered most UK cities fall below the European urban average for skills, productivity and innovation - a fact that undermines their ability to compete globally.

Nine out of ten UK cities - 57 out of 63 - perform below the European average in terms of productivity, and more than half (39) are among the 25% least productive cities in the continent.

More than three out of four UK cities (48) have a lower proportion of high-skilled residents than the European average, according to the think tank’s findings.

UK cities are also home to the third highest concentration of low-skilled residents in the continent, behind only Spanish and Polish cities.

Only Cambridge and Oxford are in the European top 20 for innovation, the report shows, and around four out of five (49) UK cities fall below the continental average.

The UK economy relies on a handful of high-performing cities for growth. London, for example, is the biggest economy in Europe, and accounts for a quarter of the UK’s economic output – more than Paris’ contribution to the French economy (20%), and bigger than Berlin’s role in the German economy (4%).

‘No other economy in Europe is so dependent on the performance of its cities, yet too many of the UK’s urban areas are failing to realise their potential,’ said Alexandra Jones, chief executive of Centre for Cities.

‘For the country to thrive in the years to come, it’s vital that the Government works with cities to address the skills and productivity gaps holding most places back.’

Ms Jones urged Whitehall to use the Autumn Statement as an opportunity to invest more in cities.

‘In particular, the Government should ensure that any new funding commitments in the Autumn Statement focus on boosting the key drivers of growth in cities, such as skills, transport and housing,’ she said.

She also added that the Government should capitalise on the devolution process to provide cities with more powers to grow their local economies.