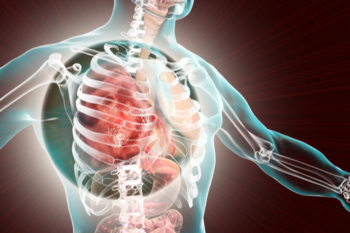 New cases of TB in England have fallen to the lowest levels since records began in 1960, new data reveals.

TB is an infectious disease that usually affects the lungs. The most common symptoms are a persistent cough for more than three weeks, unexplained weight loss, fever and night sweats.

The disease tends to hit poorer communities the hardest. The most deprived 10% of the population have a rate of TB more than seven times higher than the least deprived 10%.

People born outside the UK have a rate 13 times higher than people born in the UK.

Public Health England is working towards the World Health Organisation (WHO) goal to halve TB incidence by 2025.

TB can be fatal if left untreated. However, it is curable for the majority with a course of antibiotics.

‘There is still more to do — people in deprived communities are still disproportionately more likely to contract this disease, so we must do more to tackle this injustice by raising awareness and ensuring early diagnosis and treatment.’