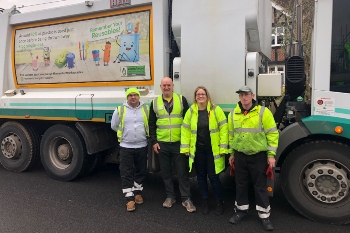 Three Rivers DC in Hertfordshire has climbed to become the highest performing authority in England for household waste recycling, according to official government figures.

The district recorded a rate of 64.1% for the amount of household waste recycled, composted, or reused in 2019-20 in the figures published by the Department for Environment, Food and Rural Affairs.

South Oxfordshire DC had the second highest recycling rate at 64% followed by East Riding of Yorkshire Council at 63.3%.