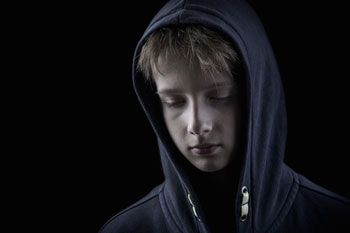 The stress and uncertainty associated with moving house regularly is becoming a ‘worryingly normal part of life’ for children growing up in poverty, charity warns.

The Children’s Society, in partnership with the University of Bath, followed the lives of 60 children growing up in poverty and found moving house multiple times emerged as a key theme.

One of the interviewees, whose testimony was included in the report Growing up in Hard Times, had moved eight times and attended four schools despite being only nine years old.

Other problems facing the children in the report included making long journeys to school, having to stay indoors in unsafe neighbourhoods and struggling to sustain important friendships after moving area or school.

The report also revealed the divisions between poor children and their wealthier peers marked their secondary school years. Some of the teenagers interviewed spoke of going hungry as their free school meals money fell short of their needs.

‘The heart-breaking testimonies of children in this report offer a glimpse into the harsh realities of life for the 4 million children growing up in poverty in the UK,’ said Matthew Reed, chief executive of The Children’s Society.

‘Moving from place to place, living in neighbourhoods where they are frightened to go outside, and travelling for hours to get to school are pressures that no child should have to deal with.

‘Yet for some of the children we interviewed, these have become normal parts of their lives. This lack of stability and security is hugely damaging to children’s wellbeing and could have long term repercussions for their mental health.’