Special needs deficits to grow to £1.3bn in two years 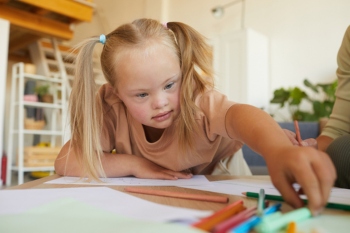 A ‘spiralling deficit’ in special educational needs services (SEN) is expected to grow to an ‘unmanageable’ £1.3bn in just two years’ time, county councils have warned.

The County Councils’ Network (CCN) said that the deficit – an eightfold increase in five years – is the result of an ‘explosion’ of youngsters eligible for education, health and care plans (ECHP) since 2014.

It was in this year that the Children and Families Act made councils responsible for providing support to young people with SEN aged up to 25.

Respondents to a survey of 40 councils compiled by CCN and the Society of County Treasurers projected a rise of 49% in EHCP recipients from 2018 to 2023 – equivalent to 74,000 young people.

The Government made an extra £730m available this year for high needs in addition to a £780m injection last year but CCN said this funding was used to cover pre-existing shortfalls.

Earlier this year, the Department for Education (DfE) struck bailout deals with five individual councils worth at least £100m that will allow them to wipe out their massive SEN deficits.

CCN said none of these were county councils and called on the Government to detail a ‘comprehensive solution for all authorities with significant and growing deficits’.

Children and young people spokesperson for CCN, Cllr Keith Glazier, said: ‘Reform must address the root cause why the vast bulk of councils in the country are building up unsustainable deficits.’

The Ministry of Housing, Communities and Local Government is believed to want to better understand councils’ current and projected deficits, and the wider financial impacts of these, to help inform their discussions with the DfE and Treasury.